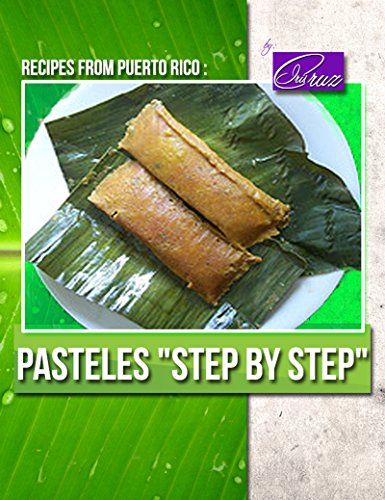 A number of foods are considered classic Puerto Rican cuisine, but there are few that are as special or as legendary as pasteles. Often served during Christmas celebrations, pasteles has been enjoyed in the Caribbean for thousands of years. Prehistoric records show that versions of this traditional dish were eaten as early as 5000BC.Correctly making pasteles is a true art form, one that is usually taught by one generation to the next in Puerto Rican families. Now, the secret to making perfect pasteles is finally available for all to learn with "Recipes from Puerto Rico: Pasteles Step by Step."Written by Puerto Rican cookbook author Iris Cruz, this cookbook is an easy-to follow guide that outlines the proper way to prepare pasteles from scratch. It begins with selecting and preparing plantain or banana leaves and then describes how to produce annatto grain oil and make the dough. The cookbook provides seven dough recipes, giving home cooks the freedom to experiment with different varieties."Recipes from Puerto Rico: Pasteles Step by Step" continues on to describe how to prepare filling, how to wrap pasteles and how to properly cook them. Each step is illustrated and clearly described, making it easy for anyone to follow the guide and make perfect pasteles on the very first try.Whether you've never tasted pasteles before or have longed to make your own version of this traditional dish for years, you're sure to enjoy "Recipes from Puerto Rico: Pasteles Step by Step" and learning how to make this classic staple of special occasion Puerto Rican cuisine. Purchase and download your copy today!