Free Downloads
The Fire Horse: No One Wanted The Horse Named Neville. Then Along Came A Rider Who Lived For Long Shots. 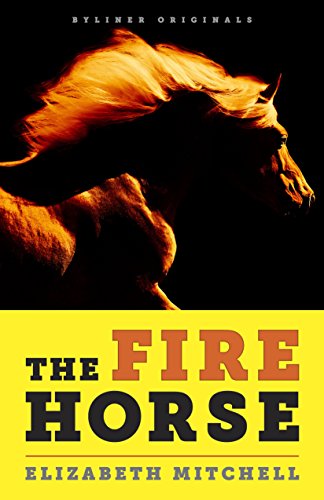 If ever a horse seemed fated to die young, it was Neville Bardos. Unwanted as a racehorse, he appeared a likely candidate for the glue factory. Through luck and hard work, he dodged that bad ending to become a surprise contender for the 2012 U.S. Olympic team in equestrian eventing. Then, on May 30, 2011, the barn he shared with ten other horses began to burn. Neville’s lungs were scorched black, and he faced the fight of his life just to survive. Future glory was surely nothing but an empty dream. Or was it?"The Fire Horse" is the true story of a friendship between horse and rider so strong that it has carried them through their respective hard times to the brink of legend. Australian Boyd Martin saw a streak of potential no one else had seen in the stubborn and unpredictable horse. He bought him for $850 and named him, fittingly, after a notorious local gangster. And so began a relationship that had its share of ups and downs. Martin was something of a long shot himself, having once pretended to be an expert on breaking horses on the basis of a single book he read on the way to taking a job as a trainer. Over the years, he and Neville developed a hard-won appreciation for each other and appeared to be on the verge of success on the competitive equestrian circuit when the unthinkable happened. Now they’re in London as members of the U.S. Olympic team."The Fire Horse," by bestselling author Elizabeth Mitchell, is the deeply moving chronicle of a horse and his rider and their determined rise from the ashes.ABOUT THE AUTHORElizabeth Mitchell is the author of the nonfiction books "Three Strides Before the Wire: The Dark and Beautiful World of Horse Racing" and "W.: Revenge of the Bush Dynasty" (both from Hyperion). Her bestselling Byliner Original e-single "The Fearless Mrs. Goodwin" is a reported historical narrative. Mitchell was executive editor of "George" magazine and features editor at "Spin" magazine. She lives in Brooklyn, New York.PRAISE FOR "THE FIRE HORSE"Elizabeth Mitchell has crafted far more than a tale about a gifted horse and rider in the world of eventing. This is the heartwarming story about an imperishable bond between a man and his horse—one that began when Boyd Martin acquired a failed racehorse off the track, turned him into an eventing star, and then saved the life of this game and gutsy charge when he was trapped in his burning stall during a terrible stable fire. Neville Bardos’s remarkable comeback under the devoted Martin, as a U.S. Olympic hopeful in the 2012 eventing competition, gives the tale an ending as warm and unlikely as any in equine literature." —William Nack, author of "Secretariat: The Making of a Champion"

I'm a sucker for animal stories, and I especially like stories about the underdog, that animal who shows that he's more than most people assume he is. There's something very special about those animals who've been discounted, rejected or thrown away. You see a deep understanding and a different sort of affection and love in those eyes gazing back at you.In this true story, we meet Boyd Martin, a determined and out-going personality in his own right, and also an animal lover. He takes a chance on a horse no one seemed to want, a horse no one had any real patience or understanding for. This horse is said to be too difficult, maybe too scrappy. Kind of bold like Boyd himself, and you just know that these two strong-willed characters were meant to find each other. Boyd looks at this horse and sees the pure spirit there, all that strength and personality looking right back at him.Boyd buys the horse (renamed Neville) fairly on the cheap. But eventually, this "eight-hundred-and-fifty-dollar racetrack reject" becomes a winner on the international stage, with he and Boyd as part of the U.S. contingent at the Olympics this summer. And while that's impressive and a true underdog showing us just what he's made of, the real story here is that Neville's more than just a winner. He's a friend, a partner, and if you happen to be an animal lover, too, you know just what that means.A man and a horse finding each other, seeing and trusting the best in each other, they end up helping each other through some very trying and devastating times. Just as the story made me cry, it also made me smile. Touching and uplifting, it's a story of courage, endurance and hope. A story of true friendship that goes both ways; one saving a life, the other saving a soul. The love of and for an animal can do amazing things when given the chance.

There once was a horse named Hurtle whom no one wanted. He was handsome enough, and he had a sweet disposition if he liked you, but he wasn't very fast. This is not a good thing for a race horse. It seemed that poor Hurtle was on a fast track only to a petting zoo or, God forbid, a glue factory. And then along came a rider named Boyd Martin, a handsome, charismatic Australian with a penchant for long shots. He was no sure thing himself, having come up the hard way in his native country, but he had a gift for seeing something in horses that everyone else had rejected. Martin saw a spark of possibility in Hurtle, bought him from owners who had given up on the horse, and renamed him Neville Bardos, after a tough-talking Australian gangster. Horse and rider slowly developed an appreciation for each other, though not without Neville occasionally showing his new owner who was really boss by throwing Martin and galloping where he wished. In 2007, the duo moved from Australia to the U.S. where they began enjoying increasing success on the competitive equestrian circuit. In fact, it soon became apparent that Martin and Neville were leading contenders for a spot on the 2012 Olympic dressage team. And then on March 30, 2011, in the midst of all that hard-won success, a nightmare arrived: fire in the barn. Neville was trapped, and suffered a searing of his lungs that nearly killed him. He barely survived, rescued by his rider and a team of vigilant veterinarians. But it appeared Neville's and Boyd's hopes of glory were over as they began. And just when it seemed things couldn't get any worse, Martin found himself laid low by family tragedy. Mr. Crow is not a big crier but he couldn't help but tear up as he read about how this horse and his rider helped each other back to life and victory in this beautifully-written story.

No one writes about race horses like Elizabeth Mitchell. "From there Hurtle could have faded back into the soil, into the glue of a papier-mache mask, or a balsa wood plane, unremarked. But Hurtle had a bit more of his own story to live. . .none of us knows when we might meet the person who will save our life." Mitchell's prose is witty, fast-paced, elegant, and inspired. She takes us straight to the heart of the horse-racing world, and sometimes, miraculously, it seems, straight to the heart of this unusual horse, whose story takes strange and wonderful turns. I recommend this for anyone who likes horse racing, but really, it's for any reader looking for an absorbing, well-told true story. No matter what Mitchell writes about, she uncovers the surprising and uncanny details that make you see the world in a different way. That's why I'm a fan.

Great story. Didn't move me too much though. Given the true story line, that's surprising. Still a good and interesting read, telling about courage, endurance, a successful underdog, and a bit about the world of eventing.

As a recent discoverer of Boyd Martin's story, I was excited to find a book written about his trials with Neville. I enjoyed learning about the journey Martin has had with Neville and some of his other horses. The timing, with the Olympics, worked well to make the story more relevant to my life. I just wish the author had put a little more into the writing aspect of the story. The book begins with a gruesome description of the heartbreak that some horses are faced with. This lead me to believe the writing style would include thorough character developments and a detailed outline of major events. While the author does explain character histories and go into some detail about events, I found these to be lacking in substance. Usually, with a good book, it's as though you are sucked into the story; just like a good movie. It's as though you know the characters. With this story, I found I was somewhat disappointed when I reached the ending. It's a nice, short book, that gets to the point of Neville and Martin's adventures. If you're looking to learn more about the pair (which are amazing, by the way), this is a good book to do so; great as a short documentary. However, if you're looking for a good horse book... well, you could try it and see!