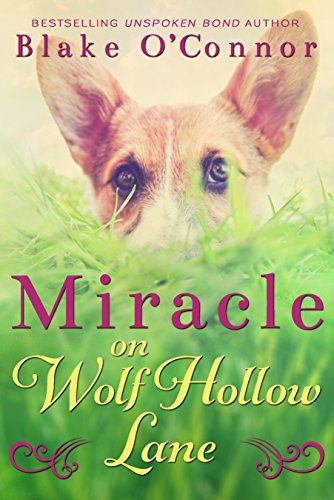 Because everybody loves a good dog story...Winner of two awards: Houston Writers Guild Fall 2014 novel contest, and Houston Writers House 2014 contest. bestselling author Blake O’Connor returns with a harrowing survival tale about one dog's quest to be reunited with the family she was born to protect.Set in the unforgiving wilderness of South Texas, a harsh land where danger lurks under every rock and behind every tree, the story reveals that real danger doesn’t lurk in the wilderness, it’s found where no one expects it. One snowy night, exhausted parents Evelyn and Gabe Mitchell have just put their colicky four month old baby, Abigail, to sleep in the nursery of their farmhouse. Afraid their large mixed breed dog, Girl, will wake the baby, they unsuccessfully try to coax her out from under the crib where she has slept since the baby was born. Girl refuses to budge, because Girl senses what nobody else knows: something is catastrophically wrong. Told in lean, luminous prose, and inspired by a real life rescue, Miracle on Wolf Hollow Lane is a riveting story about one dog’s power of fortitude and gritty determination to live, to beat the odds, to return home, and maybe, just maybe, save the family from impending tragedy.OTHER BEST SELLING AND AWARD-WINNING BOOKS BY BLAKE O'CONNOR:Trust MeUnspoken Bond

Girl is a large mix bred of dog. Her job is to work in the fields with Gabe. Evelyn is his wife and the baby's name is Abby. Girl also watches over all of them. She sleeps on a pallet under the crib. Something happened to Abby and Girl let Gabe and Evelyn know. She had to go to the hospital so Girl was locked in the house. Girl broke out to find them. From there you are with her for a while.This book is a good read, keeps you wondering what's next. I would tell all my friends that it is a good read.

Love me my dog stories! And I love Wolfie-Girl! Since I have Prime I borrowed this from the lending library. What a harrowing story! It kept me on the edge of my seat, wondering what was going to happen, and I even had to put the book down one night when I got to a part that I could tell was going to be climactic, as I knew I needed to be fresh to read it as I knew it was going to be emotional. (Did I mention I love me my dog stories!)I also love how the author let us feel the thoughts of the dog, and got into the mind of the dog without anthropomorphizing. The dog still thought like a dog, not like a person. And the author nailed so much of dog behavior, of a dog's way of thinking.There were a few varying human stories interspersed through the book too, people the dog came in contact with over the years, and that helped break up the story and get us out of the dog's mind occasionally. And there was also a mouse. I guess now I also have to say, I love the mouse that roared!

This is the first book by Blake O’Connor that I’ve read and I was drawn into the story through the very first line! I was quite pleased with her writing style which kept me engaged throughout the story. If you’re a dog lover, you’ll really like this book because about half of the book is from the dog’s perspective – no talking dog here, just a normal dog. Plus the descriptions were beautiful and I could feel and see the change in seasons. The characters felt like they were real people with real problems that allowed them to jump out on the page. And just when you think the story ends, there’s a bonus story – kinda like sitting through credits at the end of a movie when you’re surprised by an extra scene. That’s how this book ends… with a wonderful story that actually ties into the beginning. It was great! Five stars!

This story was so sad following the wonderful dog named "Girl" as she traveled to get to her owners infant who was taken away from home due to illness which Girl recognized because she slept in the baby's room. The parents, not thinking that Girl would be affected by their leaving her at home alone, closed up the house and left. The horrible experiences Girl encountered while on her way just made you want to cry and leave the story but you couldn't because you had to find out what happened next. When Girl was totally lost and so weakened she could hardly go on, better events started to occur and the story took on a whole new and surprising perspective. The ending couldn't have been better as a weight lifted off your shoulders by the conclusion. I really liked this book.

Miracle on Wolf Hollow Lane was a very well written story. Admittedly, I had a lot of trouble getting into the book and put it down and picked it up at least four times. I was intrigued with the opening and frankly lost interest when the story focused exclusively on the dog, Girl. I kept picking it up and trying again because I had read Blake's first book, Unspoken Bond, and thought that book was amazing. Thus, I knew she was a great writer so I didn't want to give up on her second book. My interest kicked in when Girl encountered Dwayne and Earl and I was "all in" until the end of the book. I think my problem was that I'm not interested in an exclusively all dog story. I want to read about how the dog interacts with humans and how their stories come together. That's mainly why I rated the book four stars rather than five but that's probably more a reflection of my own bias than a ding on the book.What was good about this book? First of all, I really enjoyed Blake's descriptive style. She takes you right to the scene and you feel like your watching the action unfold and you just can't read fast enough. I also enjoyed the descriptions of South Texas and the Hill Country around Austin. I was in Austin for three years working at the University of Texas and I loved the area. I truly enjoyed remembering it through Blake's vivid descriptions. I liked the scene with Girl and the two lowlifes although it was loaded with tension. Of course, I liked the finale when Girl's purpose became crystal clear. And finally, I loved the little story about the old mouse and the barn owl at the very end. Blake, really nice job. What a way to end a book!

I cried, I held my breath and I cheered for Girl all through the book. She is a real Hero. I was glad for Earl he was a good person. I live in south Texas about 5 miles from the Rio Grande River and I know the brush country from Del Rio across to Corpus Christi. Felt every one of those thorns or stickers that Girl got into. My son and his wife have a rescued mixed breed German shepherd and he is very protective \of his pack he \patrols his yard several times a day, puts up with his four other housemates but he ignores the cat. Every time I look art Jake I think of Girl...Just get book plan on not being able to put it down but get you a box of tissues to go with it cause are going to need them. Missy