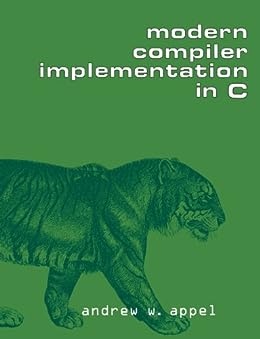 This new, expanded textbook describes all phases of a modern compiler: lexical analysis, parsing, abstract syntax, semantic actions, intermediate representations, instruction selection via tree matching, dataflow analysis, graph-coloring register allocation, and runtime systems. It includes good coverage of current techniques in code generation and register allocation, as well as functional and object-oriented languages, that are missing from most books. In addition, more advanced chapters are now included so that it can be used as the basis for a two-semester or graduate course. The most accepted and successful techniques are described in a concise way, rather than as an exhaustive catalog of every possible variant. Detailed descriptions of the interfaces between modules of a compiler are illustrated with actual C header files. The first part of the book, Fundamentals of Compilation, is suitable for a one-semester first course in compiler design. The second part, Advanced Topics, which includes the advanced chapters, covers the compilation of object-oriented and functional languages, garbage collection, loop optimizations, SSA form, loop scheduling, and optimization for cache-memory hierarchies.

I chose this textbook for a five-student independent study course. The book's concept is great: Define a substantial language, and describe a compiler for it over the semester, having the students write the interesting bits. I was excited to read this text and do the project with my students.The book (at least the first half) stands or falls on the project. The project itself is outstanding - there are several interesting tidbits. It's probably too large for a three-credit course at most institutions - I had to pare it down by giving additional pieces to my students.Unfortunately, the project destroys the book. The book devotes large portions of the first half to trying to explain it. Explanations are only marginally coherent. To make sense, the project desperately needs detailed, low-level documentation, listing each function of each module and what it does. Additionally, it would work better if there were a clearer distinction of where the theory ends and the project begins.The program is itself well-structured on the high level. Within functions, they need to format code properly. They do some interesting things with trying to do functional programming within C - a controversial move, but not one that I mind. The definite impression I get is that the publishers demanded a C version against Appel's will. I haven't read the Java or ML versions, but I bet the code is better (especially ML).Outside the project, I found the book strong. The algorithms are well-presented, with lots of outstanding examples. (My students found them confusing; I attribute that to the material's inherent difficulty, not the writing.) It does a thorough job, but not overly thorough.