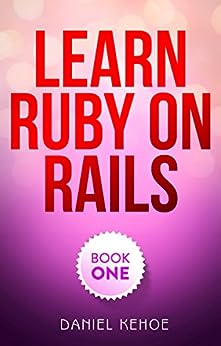 I'm new ro RoR, and I found this book is good place to get started, but the tutorial is not great for building a website on ruby. Very well written, and clear. Don't believe the 5 star reviews. There are better, free, tutorials online.Pros:Great advice on getting ruby on rails set up on your machine, or in a hosted development environment, like Nitrous. The steps are really well presented. The book also gives a great understanding of the dependency of ruby, and rails and the background between the two systems. This was explained very well. Also, excellent tutorials on getting started with ruby gems and API's. This part of the book was great.Cons:The tutorial does NOT fully explore the model-view-controller relationship that ruby is based on. For example, the tutorial includes no model generation and use, which I think is a major flaw of any introductory exercise. Codecademy.com, for example, does include a beginner tutorial that includes generating a model, and seeding data. This book does not.The website the books has you build, is mostly static, and does not embrace the dynamic range Ruby offers a developer... . barely at all. I found this very frustrating, and I'm only a novice!The book is too heavy on front end frameworks. I found this annoying, given I'm here to learn a back end programming language. No? I don't need that much detail on front end stuff. Some if it is good, but there is almost too much. Why include all of this, but not include a model in the exercise? Bizarre.Furthermore, the tutorial asks you to "replace your file with the following", quite often, but doesn't allow you to cut and paste the code, without signing up to pay $19 a month. That make for VERY annoying instructions.