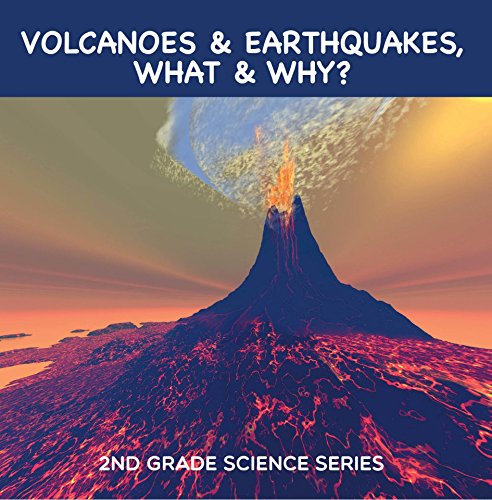 Why do volcanoes and earthquakes happen? Is Earth throwing a tantrum? Let your child decode the answers for these on his/her own through this interactive educational book. Composed of pictures that allow for the understanding of geology and vulcanology, this is a great resource that would complement the heavy school textbooks. Grab a copy now!

Volcanoes and earthquakes what and why: 2nd grade science series. I really like this book. I think that it is a great introduction into more details about volcanoes and earthquakes. The material is presented in language that most 2nd graders will be able to understand. I am glad that I have this book in my collection, and recommend it to others. This book has good pictures and great factual information. Warning this review contains spoilers. This book starts out with a description of where earthquakes and volcanoes occur; at the boundaries of the plates that form the earth’s surface. We are first introduced to volcanoes. This book has seven great pictures of volcanoes. Some of the pictures show dormant volcanoes. Other pictures show volcanoes that are actively erupting. The pictures are high quality and prompt good discussion. The pictures have good color contrast, you can clearly identify what is happening in the picture. This book does a good job of describing how volcanoes are formed. It explains that as volcanoes continue to erupt they get bigger releasing gas, ash and lava. I am glad that this book defines lava and magma as liquid rock in a way that second graders can understand. They clearly state the difference between the two. I learned something new. Now we explore earthquakes. This book describes the many different forms that an earthquake can take; from a simple rumbling to a shaking or rolling of the earth’s surface. We are told that more than a million earthquakes happen every year. This makes them seem common and less scary to young children. Again they show 7 different pictures of damage caused by earthquakes. I like these pictures. They show different types of damage, ranging from damage to roads, to damage of buildings and land.