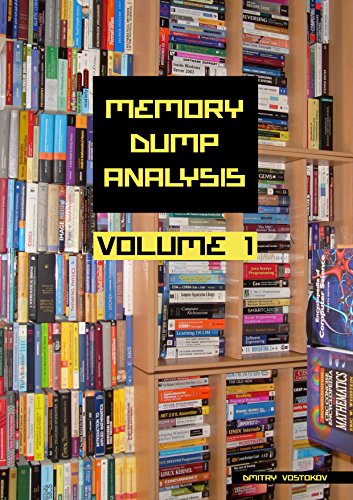 As an Escalation Engineer for a large software company, live debugging and post-mortem memory dump analysis is a part of my daily routine. I often find myself debugging some strange/unique problems, where I am sometimes stuck staring at stacktraces wondering where do I go next... In these times I would often find myself searching the web, trying to find more information, which would mostly leadme to [...] On this site, I usually find that Dmitry not only encountered a similar situation before, but has fully documented and classified in-depth debugging information regarding the issue.It is no surprise that the contents of his book (Memory Dump Analysis Anthology, Volume 1) contained a vast collection of Windows debugging knowledge, fully illustrated, with great explanations of complex topics broken down nicely so that even a beginner can hit the ground running with Windows debugging. This book is a great resource for both beginners wanting to explore the realm of Windows debugging, as well as for professionals who perform debugging (both live and post-mortem) that need a reference for various memory patterns.In the past it has always been difficult to find a solid source for Windows debugging information, as bits and pieces of this knowledge has been scattered across various sources. It is nice to be able to pick up one resource such as this book, and follow it through to the end and actually build a strong Windows debugging foundation. Complete with code examples, illustrations and screenshots, this is a must have for anyone who is serious about debugging on Windows.Cheers!KappA

This book is a great reference and my first stop when getting ready to debug a new problem. It contains debugging walkthroughs and stack trace references that serve as handy refreshers to save time when trying to recall the series of steps required to debug common problems like hangs, crashes and leaks. The example scripts are practical tools that provide great starting points to speed up the analysis of dump files - especially in the case of high volume technical support and development shops.