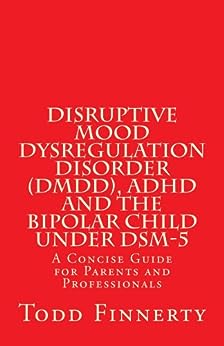 In less than 10 years the rate that children are diagnosed with bipolar disorder increased a shocking 4000%! This was due in part to the increased use of “alternative,” unsanctioned approaches to making the diagnosis in children. As more research has been conducted and we’ve gained more experience with “the bipolar child,” it turns out that most don’t grow up to have bipolar disorder and they’re distinctly different from the much smaller number of children who really do have bipolar disorder. These kids not only have not had an “early onset” of bipolar disorder, they haven’t had an onset of bipolar disorder at all. We must move forward with better research and better approaches to treatment. These children can’t afford for us to cling to unsupported diagnoses. Under DSM-5 most of these kids are now better suited for the new DSM-5 diagnosis of Disruptive Mood Dysregulation Disorder (DMDD). DMDD is a unipolar (not bipolar) mood disorder characterized by very severe irritability. Any parent of a DMDD child can tell you that their problems are not simply normal, developmentally appropriate “temper tatrums.” Kids with DMDD are already in need of treatment, they’re just not getting the best treatment that they could be. DMDD shares qualities with ADHD and ODD but also reflects substantial emotional concerns as severe as any bipolar disorder. In this book Dr. Finnerty confronts the popularized notion of “the bipolar child” and offers resources and “less toxic” advice for parents and professionals. If you previously thought that books like "The Bipolar Child" were a "bible" on early-onset bipolar disorder, you need to read this book now.

I found Todd Finnerty's new book on DMDD very helpful. It is easy to read and well informed; it is written in a rare format that makes it approachable and useful to both professionals and laypeople. So the audience is both mental health professionals and parents of children with such problems. Finnerty is clearly aware he is speaking to both groups, and gives helpful references for further reading to each.I am a Psychiatrist, practicing both psychotherapy and medication management. I, and many people in my profession, have been concerned about the problems with the diagnosis of Bipolar Disorder. There is clearly a group of people that have chronic problems with irritability, impulsivity, and behavior that have not fit clearly delineated diagnostic categories in the DSM system. One worrisome answer has been to use the Bipolar diagnosis, in an overly flexible way, that has led to many individuals being misdiagnosed. This has been especially concerning with child patients. To use the Bipolar diagnosis for such children, and then to form-fit medication treatments on such children, exposes them to potentially dangerous medications when that may not be the most beneficial treatment. More important, it might deny them more effective treatments such as psychotherapy and interventions through the family and school milieu.In answer to this, the American Psychiatric Association has developed a new diagnosis, DMDD. While retaining the Bipolar disorder (which does occasionally occur in children), they now recognize this new diagnosis, and the need for treatments potentially different than those useful for a patient with Bipolar Disorder.Finnerty's book generally covers 3 themes; he describes the professional phenomenon noted above, then the new diagnosis, then treatment.