Free Downloads
The Polluters: The Making Of Our Chemically Altered Environment 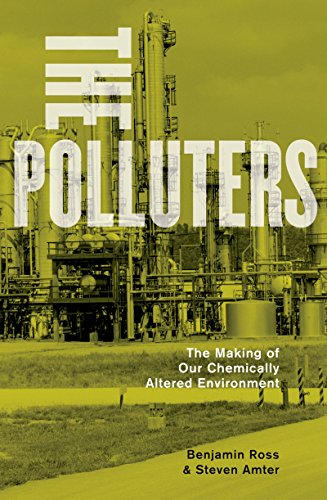 The chemical pollution that irrevocably damages today's environment is, although many would like us to believe otherwise, the legacy of conscious choices made long ago. During the years before and just after World War II, discoveries like leaded gasoline and DDT came to market, creating new hazards even as the expansion and mechanization of industry exacerbated old ones. Dangers still felt today--smog, pesticides, lead, chromium, chlorinated solvents, asbestos, even global warming--were already recognized by chemists, engineers, doctors, and business managers of that era. A few courageous individuals spoke out without compromise, but still more ignored scientific truth in pursuit of money and prestige.The Polluters reveals at last the crucial decisions that allowed environmental issues to be trumped by political agendas. It spotlights the leaders of the chemical industry and describes how they applied their economic and political power to prevent the creation of an effective system of environmental regulation. Research was slanted, unwelcome discoveries were suppressed, and friendly experts were placed in positions of influence, as science was subverted to serve the interests of business. The story of The Polluters is one that needs to be told, an unflinching depiction of the onslaught of chemical pollution and the chemical industry's unwillingness to face up to its devastating effects.

There are also several academic case histories of particular industrial establishments across the country. However, none of these earlier works make the connections between chemical innovation, consumer culture and the political manipulation of science, in a synthetic way that Ross and Amter provide in The Polluters. The authors start the book with three important questions: "What is the basis of scientific authority? Is science value-free or is it shaped by social and economic conditions? How does economic power influence government?"These questions need to be addressed by scientists, engineers and policy-makers in concert and The Polluters provides a nuanced historical context for this conversation in a globalized economy. To this day most economists continue to refer to pollution as an "externality" - suggesting that the salience of the natural environment cannot be captured by market mechanisms. This book shows us how this linear logic of economic expediency in the early twentieth century defiled not only the environment but also the scientific process itself.Where industry deserves to be praised, the authors are willing to do so without hesitation. Numerous industrial researchers who stood up for environmental consciousness are mentioned in heroic terms. In particular the authors devote a chapter to Wilhelm Hueper who started to work on environmental cancer concerns long before Rachel Carson's work popularized concerns about the impact of pesticides in this context. His career trajectory, which started at Haskell Labs and meandered through industrial appointments, ultimately landed him at the National Cancer Institute. Even at the corporate level, where there was a shift in compliance culture, positive trends are acknowledged.