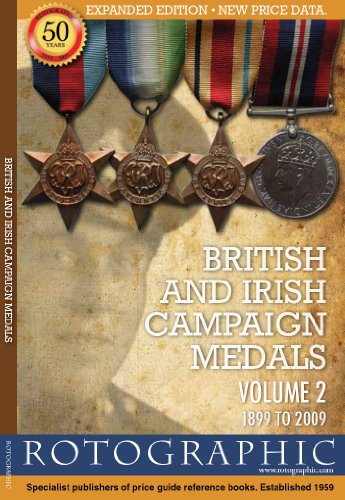 This is a price-guide reference book containing up-to-date values, and lots of historical information on all campaign medals awarded to British and Irish troops from 1899 to 2009. Coverage also extends to United Nations/NATO and Irish Republic issues. Every significant campaign is covered, including details of the various clasps awarded. The images of medals and maps are full colour, and are often full page sized.

Overall a good reference for the price!