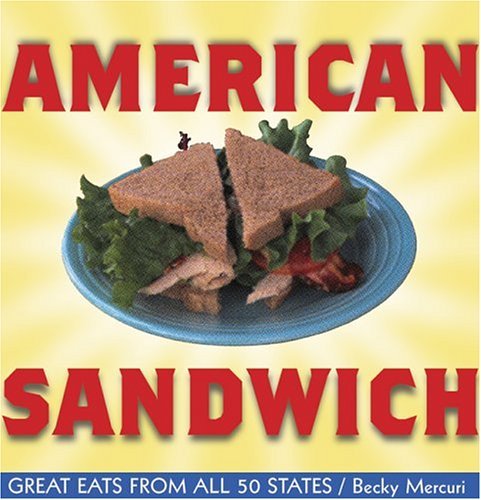 Got a hankering for a Kentucky Hot Brown? A serious need for a Navajo Taco? Craving an authentic Florida Cuban? Then this is the cookbook for you! You can thank John Montagu, the Fourth Earl of Sandwich, for its invention, though he probably wasn't the first guy to put stuff between two pieces of bread. No matter who created it, the sandwich is still the king of food in America. We eat more than 45 billion sandwiches per year, with the average person consuming 193 sandwiches annually! That's a lot of mustard!From Po'Boys to Lobster Rolls, Buffalo Burgers to Muffalettas, Becky Mercuri has a recipe for every sandwich imaginable, and a location in each region where you can find the real thing. Or, fix up a mess of your favorite regional sammies without ever leaving the comfort of your own kitchen!Learn about the history of the sandwich, the birth of Wonder Bread, the influence of immigrant flavors and foods, and the origins of each unique regional specialty sandwich in this affordable little American culinary road trip.Becky Mercuri, has been a contributing editor for Cookbook Collectors Exchange, a nationally distributed newsletter, for seven years. She was the editor of a popular food and travel column for the Wellsville Daily Reporter in western New York. An accomplished cook who has gathered recipes throughout the world, Becky is a contributing member to several organizations and their national newsletters, an avid student of culinary history, a member of the Southern Foodways Alliance, and a well-respected food and travel writer based in New York State.

If you've ever watched PBS at pledge time, there's a good chance you've had the pleasure of seeing Rick Sebak's incredible gustatory extravaganza called "Sandwiches That You Will Like." This available-on-DVD program "toasts" many delicious, mouth-watering, tastebud-tempting, bread-and-filling creations from local eateries around the country, such as lobster rolls at Red's Eats in Wiscasset, Maine, chipped-ham "slammers" at Isaly's in Pittsburgh, Pennsylvania, and hot browns at the Camberley Brown Hotel in Louisville, Kentucky. Watching Mr. Sebak's nationwide odyssey to find America's best sandwiches is guaranteed to rev up your appetite."American Sandwich" is kind of a companion volume to Mr. Sebak's masterpiece--it includes some of the same memorable, droolworthy sandwiches--but it is actually much more. While Mr. Sebak took a "shotgun" approach in his travels around the country, "American Sandwich" goes it one better by featuring recipes for one hallmark sandwich each from all 50 states.After a short introduction to the mystique of sandwiches, and a brief timeline tracing the rising popularity of sandwiches in American culinary culture, author Becky Mercuri gets to the "meat" of the matter. Alphabetized by state, she covers each signature sandwich in two to four readable, well-laid-out pages that, in addition to the recipe, contain other interesting, useful tidbits. Each sandwich gets a sidebar that describes its origin and history--the story of the muffaletta, for example, takes up a whole page of the Louisiana section.